0 Like
Tags: New
Shri Sita Ram Goel was a religious and political activist, writer, historian and publisher in the late twentieth century. He wrote extensively on the damage to Indian culture and heritage wrought by expansionist Islam and missionary activities of Christianity. In his later career, he emerged as a commentator on Indian politics, and adhered to Hindu nationalism. Historians like Goel published on topics which are considered absolute taboo by the mainstream media. He openly criticized Islam, Christianity and Communism. Goel criticized Indian secularism, alleging that “this concept of Secularism is a gross perversion of the concept which arose in the modem West as a revolt against Christianity and which should mean, in the Indian context, a revolt against Islam as well”.

He founded the publishing house Biblia Impex India (Aditya Prakashan) in 1963, which published books by authors such as Dharampal, Ram Swarup, K. D. Sethna and K.R. Malkani. Sita Ram Goel joined the non-profit publishing house Voice of India in 1982. Voice of India was founded in 1982 by Ram Swarup, Goel claimed that there was a “systematic distortion” of India’s history which the Marxist historians had undertaken. In particular, he claimed that the history of medieval India and the Islamic invasions is being rewritten. He described it as an “Experiment with Untruth”.

Goel was well-read in western and eastern literature. Various of his books were banned from time to time, and he feared arrest off and on. He was a great thinker and never compromised on truth. His work remains unparalleled in the history of independent India.

« Previous Post
Books This Weekend: A history of Himalayas and Tibetans rebuilding life
Next Post »
The Story of Urban Naxals 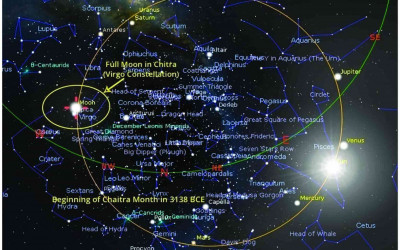 “This book is not just another story of Mahabharat!”
The very first line of this book warns you of what you will not
find in the pages ahead.

From the author who brought to you a well-researched book
‘Ramayan Retold with Scientific Evidences’, Smt. Saroj Bala
now brings to the table an even more interesting dating of the
events of Mahabharat,

"Congress Mukt Bharat" - Is It The End of Congress

“Congress-Mukt Bharat” is often seen by many observers as a political jibe from leaders of the BJP, including Prime Minister Narendra Modi himself, against their political opponents, especially the Congress Party. However, what it means to make Bharat “Congress-Mukt” can have myriad interpretations as per several critics.

The Ashtavakra Gita illuminates an ancient conversation between the sage Ashtavakra and Janaka, a king with both worldly responsibilities and deep spiritual questioning about the nature of reality. “What is real?” Janaka asks. So begins one of the most unique conversations to ever take place on this planet, as Ashtavakra takes Janaka by the hand and leads him step by step into deeper levels of understanding until enlightenment dawns.

Books This Weekend: A history of Himalayas and Tibetans rebuilding life

Go beyond defining mountains only by their height, though the summit of a peak is nothing more than the point where it gives way to clouds and the sky; next, ponder over a paradigm shift in ancient Indian history in the modern day search for the mythical Sarasvati river; and finally, make your way through an emphatic and enhanced collection of stories about Tibetan refugees starting anew in India.